A toolkit to improve psychological safety in your team

Psychological safety is recognised to be the bedrock of effective teams. We've summarised some tips to help you instil this essential ingredient into your culture.

In our last post, we talked about why psychological safety is such an essential ingredient to successful teams and how you can test where your team stacks up against this crucial factor.

Once you know the areas that you need to focus on, it can be difficult to know where to begin. In this post we provide you with a toolkit to guide you through getting started.

If you haven’t done so already, gather input from your team to understand what they think the areas of improvement are by either downloading our FREE printable questionnaire, or by using the survey online.

If participants show that they strongly agree with questions one to five and strongly disagree with questions six and seven, this indicates that a good level of psychological safety is in place. How much your results differ from this will indicate which areas need more attention.

A fear of repercussion, failure or judgement

Many of the questions in Amy Edmondson’s assessment examine how much the participant fears failure or negative repercussion. Providing forums for your team to open up does not guarantee that they will! They will most likely judge whether it is worth the risk to share what they really think or know, based on how others before them are responded to.
It is therefore crucial to destigmatise failure and build a culture where it’s safe to make mistakes. Here are two things you can try.

Your team will look to you as a reference point of what is acceptable, so the best way to create permission for your team to be vulnerable is to start with yourself!

For example, you could:

2. Be open to failure

How do you respond when things don’t go to plan? If your team have to deal with your own emotions on top of their existing discomfort, it will discourage them from seeking your help in future.

Getting comfortable with problems forming a normal part of a complex business environment is key to handling them in an objective, solution-focussed manner.

Our tips are as follows:

A lack of participation

Any assessment of psychological safety will seek to understand how openly team members participate with the conversation.
It is not only the more traditional or hierarchical organisations that can miss valuable insight from their wider team. Without nurturing communication, any business will see it dwindle over time. Here are some good practices to spark or reinvigorate participation.

1. Ensure there are opportunities for others to speak up

If there is no obvious opportunity for staff to speak up, they probably won’t go out of their way to find one. Be alert and beyond just participating in team meetings, observe the dynamics too. Is the communication predominantly top-down or one-way? Is anyone dominating the conversation? Are some people not taking part?

Liz & Mollie, authors of ‘No Hard Feelings: The Secret Power of Embracing Emotions at Work’ visually show the difference in conversation patterns between effective and ineffective teams.

When communication is healthy and individuals feel psychologically safe, you are more likely to achieve a healthy balance in contribution from all team members.

If you feel like the balance still isn’t there and members of the team aren’t getting the opportunity to speak openly, here are some things that can help:

*ask us for guidance on how to do this!

"Online and off, the best teams discuss ideas frequently, do not let one person dominate the conversation, and are sensitive to one another’s feelings."

In a busy working schedule it is easy to rush through cursory questions such as ‘Is that clear?’ or ‘Any questions?’, neither of which invite much of a response and can quickly feel perfunctory.

Rather than asking questions that invite a simple yes or no response (or increasingly in remote Zoom or Teams based meetings, a resounding silence), the key is to get into the habit of asking your colleagues open questions and then being patient for their response rather than rushing on.

In Michael Bungay Stanier’s book ‘The Coaching Habit’ he encourages using a “Kickstarter Question” to get people sharing, such as “What’s on your mind?”

Some other examples that prompt sharing include:

When there are many priorities competing for attention, it’s very common to tune out when others are speaking and instead think of what we need to say or do next.

This is a surefire way to discourage colleagues from sharing questions or suggestions!

When we feel as though our input is being brushed past or ignored entirely – we’re likely to think “we may as well not have bothered!”

Instead, active listening makes your team feel respected and signals that you value their input.

Here are some tips to really engage with someone:

Poorly handled conflict or a lack of healthy challenge

Feeling able to challenge the status quo appropriately is crucial to psychological safety, according to executive coach and author of ‘The 4 Stages of Psychological Safety’, Timothy Clark.  Conflict, whether outspoken or unspoken, will arise in all workplaces. Coaching our teams to master it in a healthy way is key to straightforward, trusted communication.

The way in which feedback or challenge is given, and how much the recipient trusts the giver’s agenda are crucial. Introducing frameworks such as ‘Radical Candour’ can help the person delivering feedback to think about how they frame it appropriately for the receiver. Here are some ways of ensuring feedback is delivered frankly but fairly:

You can control your own reactions, but you can’t always control how other people will respond to your team’s actions.

Here are some ways you can safeguard confidence in the face of any unpleasant challenge or conflict:

If any of this has been of interest and you would like further information on how this can be used to further your own development, or that of your colleagues, don’t hesitate to get in touch with us.

This site uses Akismet to reduce spam. Learn how your comment data is processed. 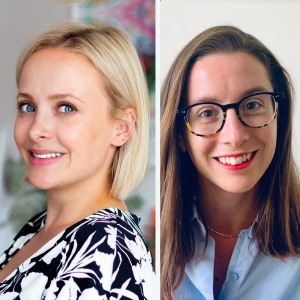 Rebecca Bridger & Rosie Minikin joined forces in the Summer of 2020. Both coaches, with a background in facilitation and professional services, they share a passion for empowering and enabling others by giving them the tools that they need to be successful.

Rebecca Bridger & Rosie Minikin joined forces in the Summer of 2020. Both coaches, with a background in facilitation and professional services, they share a passion for empowering and enabling others by giving them the tools that they need to be successful.

Support your staff, but not at the expense of challenge!

Soft skills can take their toll: why and how to protect your workforce

The importance of empathy, and why you need to ask instead of assuming in a lockdown

Beware bias in your decision making

Together, we can make anything happen